To introduce something into our body, we usually need to eat, drink, breathe or absorb through our skin. Did you know that this also happens at the cellular level? In this video, we will be talking about different forms of bulk transport into cells by illustrating these processes with videos of living cells, because live cells are amazing!

Eukaryotic cells are surrounded by a plasma membrane that defines the border between intracellular components and the extracellular environment. Plasma membranes are involved in many cellular aspects, but one of their main roles is to transport molecules, ions and other substances in and out of the cell.

Endocytosis is a process in which membrane deformations lead to the generation of vesicles that can help uptake substances from the external environment. 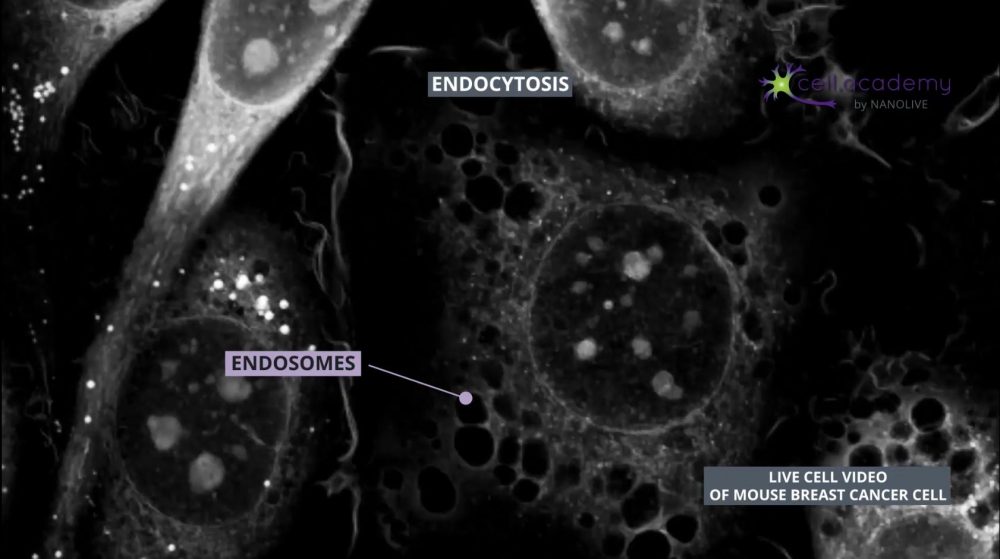 Endocytic vesicles fuse with early endosomes, which are structures used as transport vehicles inside the cell. These structures contain hydrogen pumps, which internalise hydrogen atoms from the cytoplasm, resulting in a gradual increase of endosomal acidity. Early endosomes can either be recycled back to the membrane or mature into late endosomes which can be found close to the Golgi apparatus, where they fuse with lysosomes. Finally, lysosomes are organelles that carry enzymes to degrade and help digest the uptaken material. Once digested, the content is further distributed to its final destination. 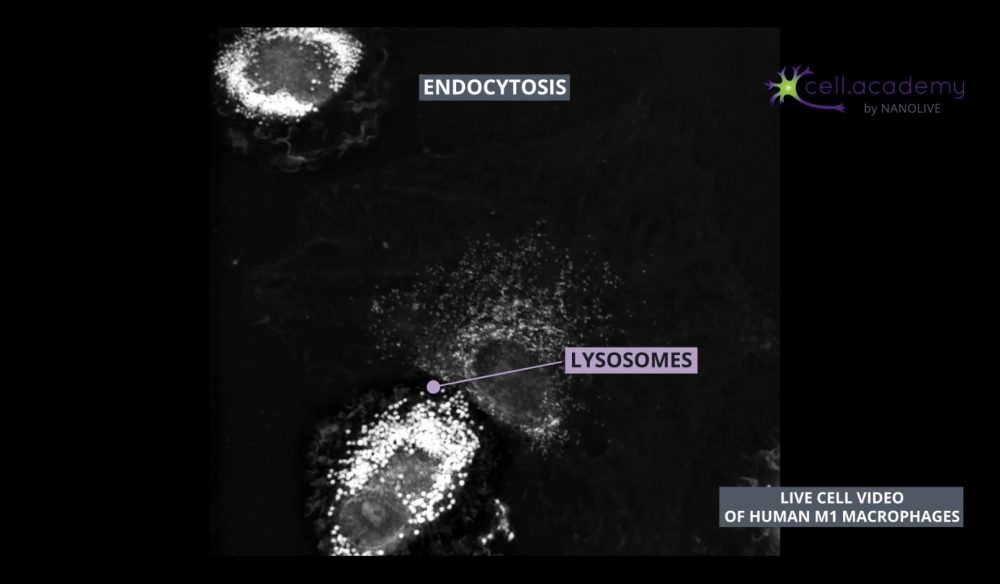 One specific form of endocytosis is called pinocytosis which is also known as “cell drinking”. This may give you a hint on what type of content is internalised in this process, right? As you may have guessed, during pinocytosis, the cell captures fluids like water and solutes. This is one way cells can internalise nutrients from the extracellular fluid. 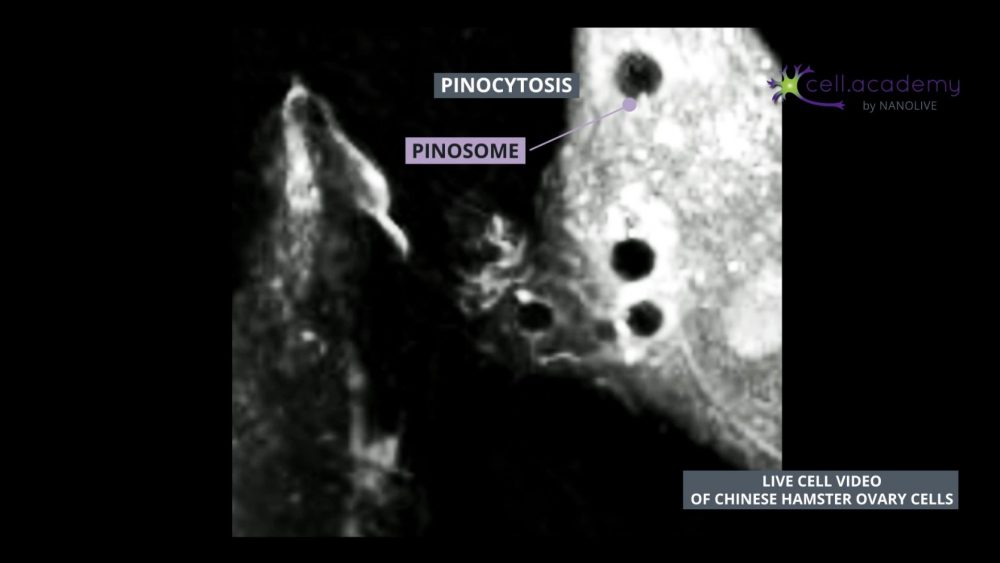 If we slow down this footage, you can observe how cytoskeletal reorganisation leads to the formation of plasma membrane ruffles. These ruffles fold, and form a pinosome: a vesicle which contains the fluid and solutes that the cell needs. Pinosomes will fuse with early endosomes, that will evolve into late endosomes and fuse in turn with lysosomes that will help them digest the content to be distributed, similar to the process described earlier.

Larger particles such as microbes, bacteria and cellular debris are internalised in a process called phagocytosis, which you can consider as “cell eating”. While pinocytosis, is performed by almost all cellular types, phagocytosis is pretty much limited to immune cells, like macrophages.

During this process, particles are recognised by membrane receptors and internalised in structures called phagosomes. The content is later digested by enzymes provided in the fusion of phagosomes with lysosomes. 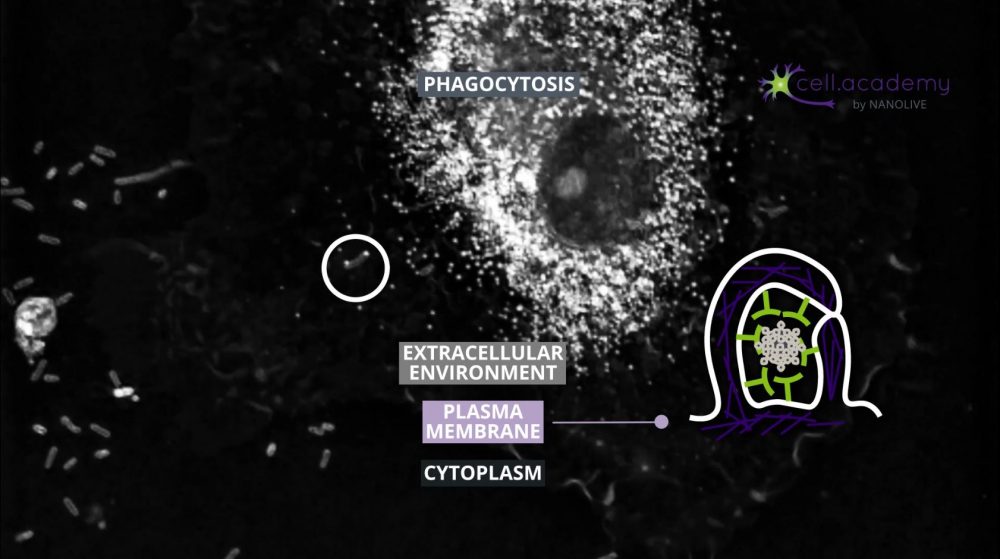 So, as you have seen in this video, eating and drinking can also happen at the cellular level. Even though the internalised content is different, the general mechanism of endocytosis is preserved. Do you know of any other forms of endocytosis or bulk transport?