Malaria is a life-threatening disease caused by Plasmodium parasites that are transmitted to people through the bites of infected female Anopheles mosquitoes.

But how is malaria transmitted through a mosquito if it is in fact Plasmodium the parasite causing it?

Parasites are organisms that live inside or on the surface of a host organism, which they use to help them survive.

Plasmodium falciparum infects female Anopheles mosquitoes with gametocytes (the precursors of female and male gametes or sexual cells) when one of them bites an individual suffering from malaria. Indeed, mosquitoes and humans are the two Plasmodium hosts.

In the bloodstream, P. falciparum’s merozoites infect host red blood cells as a strategy to avoid being recognised by macrophages that would kill them2. They also digest host erythrocytes’ haemoglobin, as they need it to grow and to complete asexual replication. Under the microscope, haemoglobin loss in infected red blood cells is translated in a loss of brightness and density, compared to healthy erythrocytes3 (Figure 1). 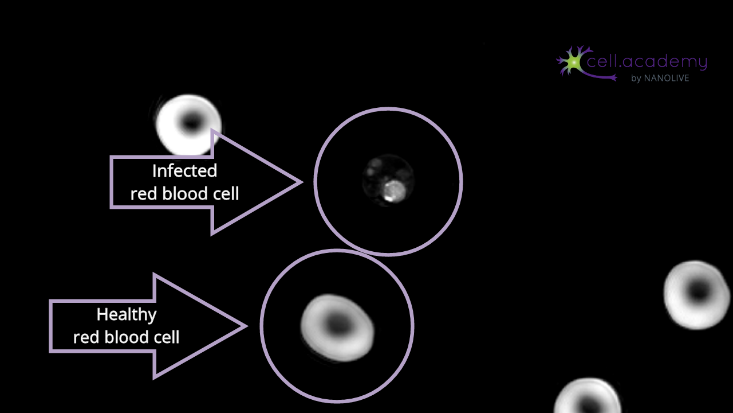 During the erythrocytic cycle, merozoites mature into rings and from this stage and on, there are two possible options: either they evolve to form gametocytes, or they evolve and form new merozoites through intermediate stages (trophozoites and schizonts). Gametocytes will be again ingested by Anopheles mosquitoes, leading to a continuation of P. falciparum’s life cycle4,5. 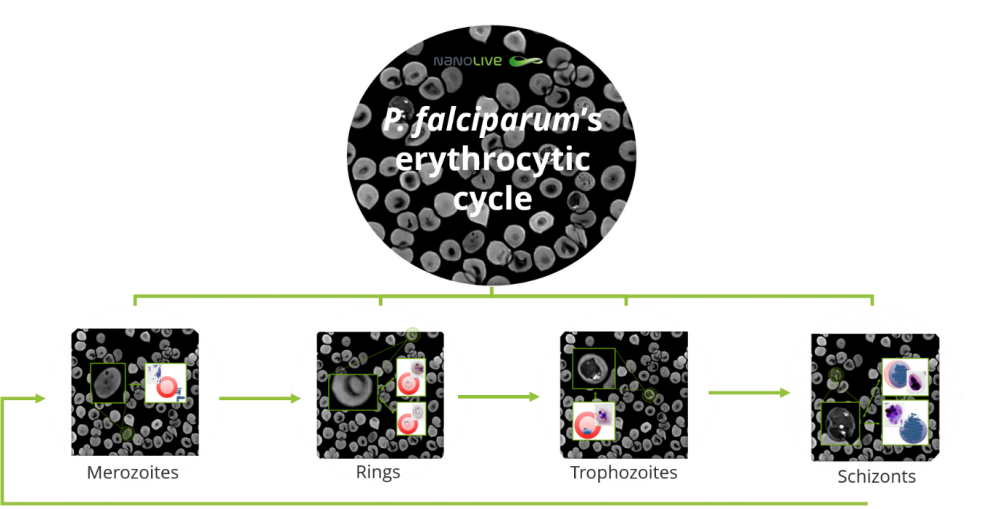 Figure 2. Plasmodium falciparum’s erythrocytic cycle seen under the microscope. The different stages are highlighted and compared with traditional microscopy examples.

To know more about malaria’s erythrocytic cycle and how to diagnose malaria under the microscope click here! And if you want to refresh your knowledge about the immune system in general and macrophages in particular, do not hesitate to read our post and watch the video! 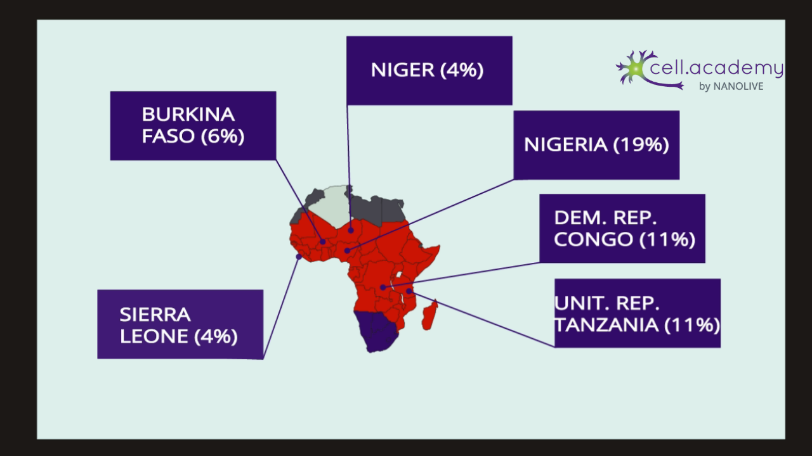 What is the plan for the future?

The World Health Organization, whose main concern is international public health, developed a Global Technical Strategy for malaria, which aims to reduce the number of cases and deaths related to the illness by 90%, and increase malaria-free countries with at least 35 more countries, in a period from now until 2030.

In order to do so, vector control is one of the most important pillars. The use of insecticide-treated nets and indoor residual spraying, as well as drugs is crucial. This year, 3 pilot countries (Ghana, Kenya and Malawi) are introducing malaria vaccination1.

On this World Malaria Day, we want to raise awareness about the disease and its effects both in our cells and in a general perspective because, as this year’s key message reads, Zero malaria starts with me.